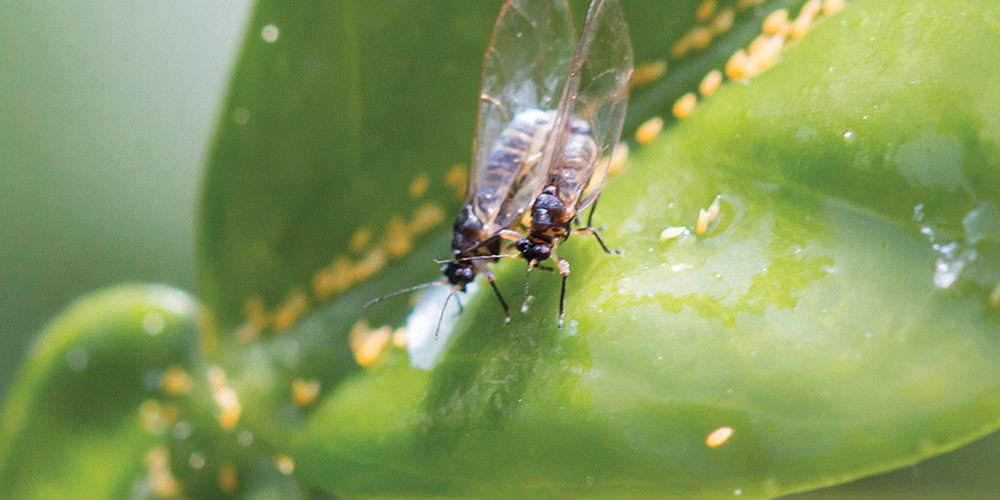 The Valencian Association of Farmers (AVA-ASAJA) is demanding that the European Union (EU) extend phytosanitary controls at the ports of entry for citrus fruits from South Africa, whose export season for oranges and mandarins is about to begin in view of the expansion of HLB in Africa.

The Valencian Association of Farmers (AVA-ASAJA) demands that the Union (EU) to step up phytosanitary controls at ports of entry to citrus fruits from South Africa, whose export season of oranges and tangerines is going to start soon. The agricultural organization launches this claim after learning that the most devastating disease in world citrus cultivation -Huanglongbing (HLB), also called Citrus Greening or ‘Yellow Dragon’, next to the Diaphorina transmitter vector citri, has been detected in Kenya and is being investigated for its expansion south of Africa. So much so that the South African government has already begun inspections and recommends farmers to monitor the presence of the transmitting vector in their citrus farms. AVA-ASAJA warns that these worries The news is further fueling the phytosanitary risk posed by citrus imports from South Africa to the EU. According to data Europhyt officials, this third country leads the ranking of interceptions of citrus fruits infested with pests and diseases with a total of 34 in 2019, ahead of China (25), Uruguay (24) and Argentina (21). The The trend is even upwards as the number of detections rose in the last year by 260%, rising from 13 in 2018 to 34 in 2019. Both The main diseases intercepted were Thaumatotibia leucotreta or false moth (21) and Guirnardia citricarpa, the fungus that causes black spot of citrus fruits (9).

Furthermore, with reference to the added threat of the HLB, this is the transmitter vector Diaphorina citri, i.e. Asian psylla, the which is not yet present in Europe and which has proven to have a better adaptation to climates similar to the Mediterranean than the other vector – psylla African Trioza erytreae- which is currently in the islands Canary Islands, Galicia and Portugal. The president of AVA-ASAJA, Cristóbal Aguado, He assures that “the scandalous and suicidal attitude of complicity that he exhibits Brussels has already cost us millions in losses due to the Many pests and diseases that decimate our fields have entered us. increases the certain risk of entry of others as alarming as the stain or the false moth, and now it opens up the possibility of suffering the worst all the citrus diseases in the world. HLB is a bacterium that does not has curative treatments and is devastating the production in the countries where it is installed: we have the case of Florida where the harvest has been reduced more than 70%.” Aguado calls on the EU to “radically change its position on the South African lobby and its submission to South Africa’s ‘godfathers’, who are members of the EU, to put health security before purely commercials. The Covid-19 crisis should make the authorities rethink that we cannot continue with this misunderstood globalization at all. The The best medicine for HLB is prevention, and this essentially involves prevent their arrival in the EU through comprehensive controls and by suspending foreign imports where a significant risk of entry is determined of the disease.”