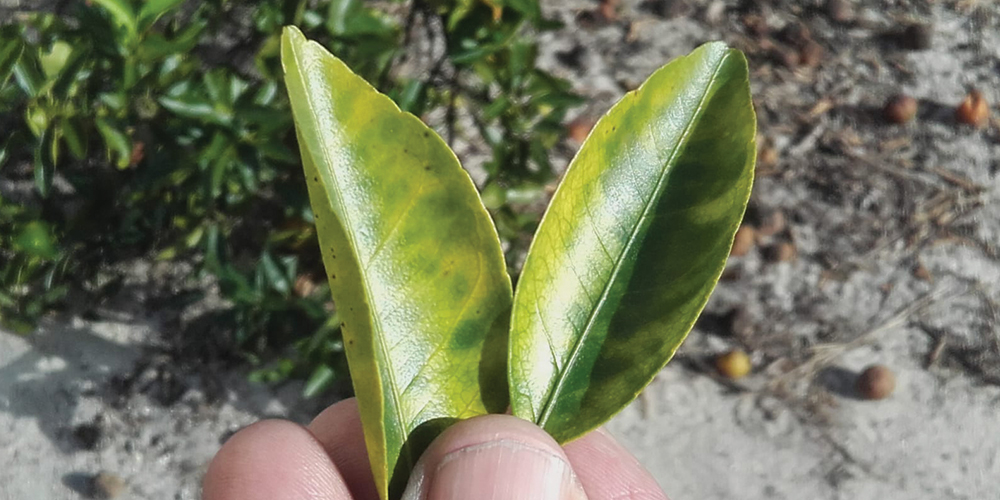 The Regional Ministry of Rural Development has warned about the presence in Cantabria of Psila Africana de los Cítricos (Trioza erytreae), an insect of sub-Saharan origin that affects lemon, orange, mandarin and other citrus trees, and whose first outbreak in the region has been detected in Miengo.

Detected in the Canary Islands in 2002 and in Galicia and northern Portugal in 2014, this is a quarantine pest regulated in the European Union and represents an important vector of the bacteria that causes Huanglongbing (HLB) or citrus greening (Greening). This sucking insect can cause the deterioration of the quality and taste of the fruit, even causing the death of the affected tree in a few years, informed this Monday the regional government in a press release. In order to eradicate this first outbreak and avoid its dispersion, the Government of Cantabria will inspect the affected area and its surroundings to delimit its extension and will destroy the affected shoots to later burn them or bury them in depth. To this end, the Directorate-General for Rural Development has requested the collaboration of the public to notify the Plant Production and Health Section of the Regional Ministry in the event of even the slightest suspicion of the presence of the pest. They also demand citizen predisposition when facilitating the access of the inspectors to the orchards and private gardens because these are the places where the different varieties of citrus fruits existing in Cantabria are mostly located. In case of any doubt or sighting, the Regional Ministry provides the citizens with a contact number (942 207 807) and an e-mail address (sanidadvegetalcantabria@cantabria.es) to be able to contact the technicians of the Plant Production and Health section. The Regional Ministry warns that this is an insect capable of spreading the bacteria that causes citrus greening by dispersing it naturally by its own flight up to a distance of 1.5 kilometres which can increase with dominant winds. Also by transit of infected plant material from areas where the organism is present, which may carry eggs or nymphs over long distances. The African Psylla, a greenish species that later evolves into a dark brown and is about 4 millimetres long, large flying and jumping if disturbed, lays elongated, yellow-orange eggs with a sharper end. They are mainly located on the margins and central nerve of the leaves, although they can also be distributed throughout the leaf if the conditions of humidity allow it. Its nymphs are flat and oval, of yellow color that turns to olive green and dark gray. They originate waxy secretions and are very little mobile. When they emerge, they fix themselves on the back side forming colonies, where after feeding for days they produce gills that are projected into the beam. The damage they cause to the leaves of the trees consists of gills, deformations and yellowing of the young shoots of the Rutaceae, when the colony of nymphs is multiplying. If the nymphs have a high population density, the leaves appear twisted, with a curly appearance and chlorosis. In the case of fruits, it causes deformations and irregular coloration, while in the trees it generates a yellowish aspect, weakened and a scarce foliar mass, getting to produce its progressive death. The preventive measures established by the Government of Cantabria in the presence of this outbreak have consisted of taking extreme precautions in the trade and transport of sensitive plant material and the movement of any type of plant product from areas with the presence of the insect, since it can adhere to it. Translated with www.DeepL.com/Translator (free version)